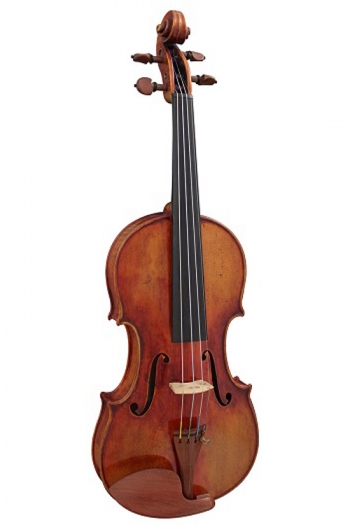 In the third installment of ‘Ackerman Music Amateur Acoustics’ we test how much difference there is between a metal violin string and its synthetic counterpart.

Synthetic gut strings are usually a bit more expensive, and are supposed to give a more mellow, rich tone. Metal strings are cheaper and are generally regarded as ‘brighter.’

To give a good baseline we used the same instrument for both test: a Hidersine Melodioso: a hand crafted instrument following a Guarneri design. It’s a new instrument but uses aged tonewood so it has a nice rich tone already, and should give us a good reading to differentiate between the string sets.

On to measuring. Part of the challenge of this endeavor is getting a signal clear enough to analyse (using our usual very scientific methods) so we decided to play the lowest fundamental note, the open G.

Just from looking side by side it’s very hard to tell the difference. In this test let’s superimpose the waveforms to get a more direct comparison:

In the following images, the metal string is in white, and the synthetic is in red. Even with a direct comparison the differences seem minor, but there are three main areas we can look at.

The fundamental note is the note we hear (G3, around 196hz) and it created by the entire string vibrating as one. In this case the metal string is clearly resonating more at the lowest note that its synthetic counterpart.

With these initial harmonics the synthetic string seems to have a slight edge, and noticeably so at G5 (784hz.) This may partly explain why synthetic strings are describes as being more mellow.

It is clear that the higher frequencies are must more apparent in the metal string. It seems that the combination of the quieter mid-tone harmonics and louder upper harmonics gives the metal string it’s characteristic ‘bright’ sound.

So it does seem to make a difference. With this knowledge it makes it somewhat easier to pick a mellower or brighter sound when you chose your strings. There are some other things to consider too:

String choice also depends on how the different strings will suit the natural resonance of your violin (or indeed any string instrument.) In general (and we might be able to test this at a later date) the older the instrument the less bright it will become. The theory goes that as wood ages it generally mellows. Because of this, we find that using synthetic strings on a new instrument gives a more rounded sound, and greatly improves many student instruments.

The other consideration is what style and setting of music you will be playing. Will you be playing as a soloist? Will you be playing Pop, Folk or Classical? What sound appeals to you most as you play? These are all very individual choices and because of that it’s usually best to try a few strings before settling on your favourite.

If you found this interesting we have previously done similar tests on Flutes and Trumpets.

Managing Director - Studied clarinet & saxophone at the Royal Academy of Music. Woodwind maker & restorer for over 35 years. Visiting lecturer on musical instrument repair at Merton college for over 25 years. Awarded an ARAM for services to music.

250 Years of Violin Making in London

Looking After your Bow 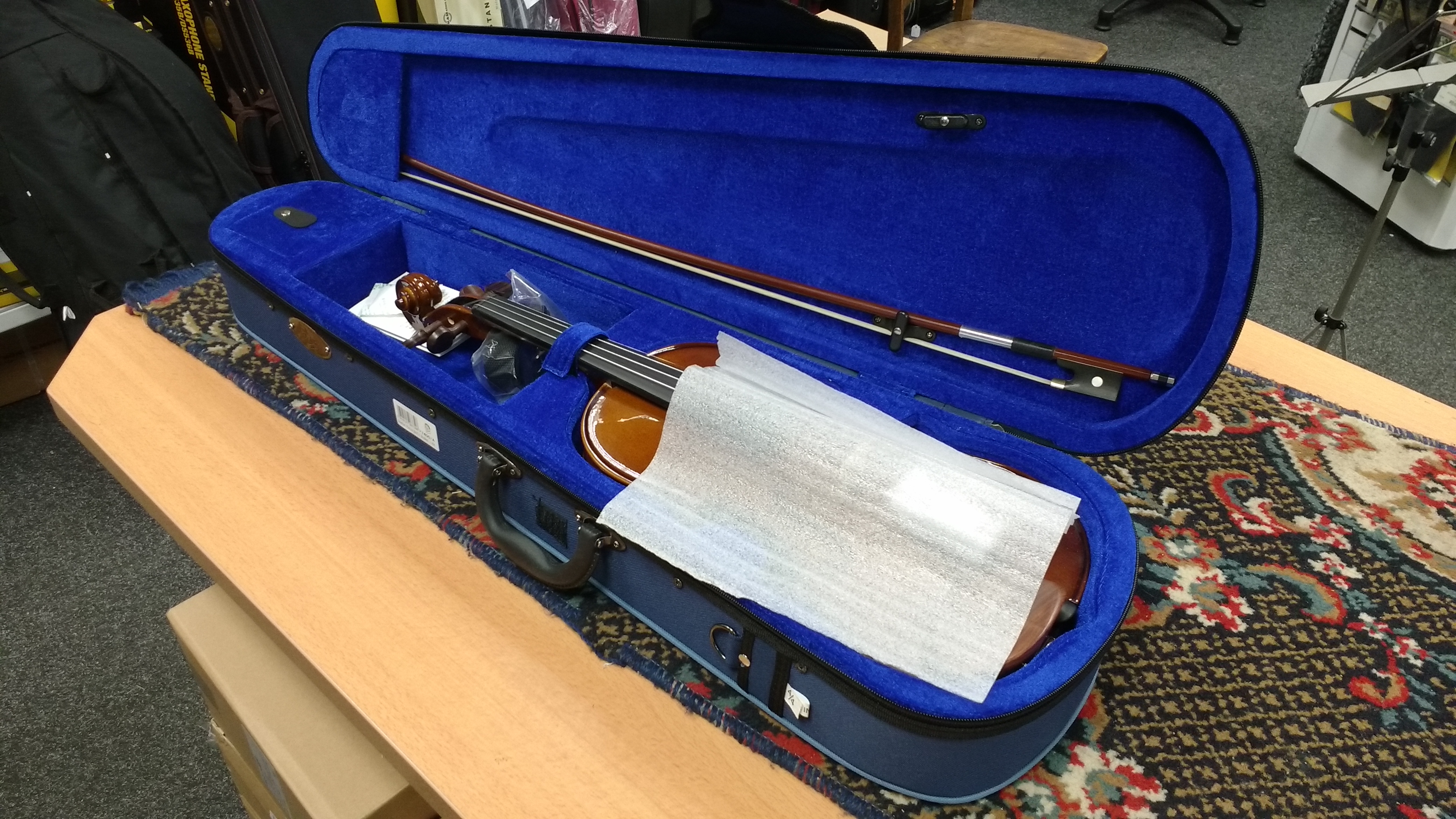 What Makes a Violin “Finished?”