The Fascinating Story of Allegri’s Miserere.

It’s not often you come across a piece of music so wrapped in mystery and misfortune. The haunting high notes for the trebles/sopranos creates one of the most distinctive moments in choral music, but was completely accidental. We’ll get to that bit in a moment. Let’s start at the beginning.

Allegri’s ‘Miserere Mei, Deus’ was written in 1638 in the Vatican, as part of his work as a singer in the Sistine Chapel. It was regarded as so special that the Pope ordered that only 3 copies ever left the Vatican: one for the Padre Martini, one for the King of Portugal and one for Holy Roman Emperor. They only got simplified versions, that left out some of the unwritten performance practices of the time (the King of Portugal complained!) So far so good.

Then the piece is touched by another historical figure. Mozart, aged 14 wanted to hear the music while visiting Rome (one of the only places it was performed.) The musical genius that he was, he went home and transcribed the piece from memory. The original ‘pirated’ music now circulates the wider world and was eventually published in 1771. An interesting piece of trivia.

A little later, Mendelssohn makes another transcription (written in a different clef, with written-out ornamentation) and here comes the twist. In 1880 an editor of Grove’s Musical Dictionary inserts this modulated section into the illustration of the pieces. The entire passage now suddenly shifts up a perfect fourth, reaching that famous top C for the treble/soprano soloist.

Although it’s completely uncharacteristic for renaissance music of Allegri’s time, the resulting transposition is copied into further publications, and is the version we recognise today! The story of this piece makes it one of the most fascinating works out there, and brings up all sorts of interesting discussions on authenticity and authorship. At the end of this all I can say is: what a happy accident!

Sheet Music specialist. Classical singer, but also plays guitar, piano, cello and clarinet. Has an interest in music technology. Responsible for most of the social media on Ackerman Music. 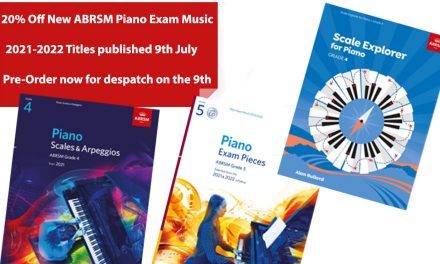