Mutes for brass instruments come in a variety of shapes and types, and in differing materials to produce specific ‘muted’ effects.  Mutes do not necessarily make the instrument quieter. When a muted instrument is played fortissimo an aggressive, harsh sound can be produced.  It is worth trying out as many different makes of mute before you buy- play them over the whole range of the instrument from high to low, pianissimo to Fortissimo.  Some mutes can muffle and almost choke-off the lower notes whilst some can make the instrument sharpen in pitch!  Some French horn mutes in particular can alter the pitch completely.

All brass instruments can be muted (even tubas and sousaphones!) and the main types are (pictured below, left to right):

The most common type and made for almost every brass instrument.  Can produce an ‘edgy’ sound.  Examples include the Denis wick models DW5504, DW5529 and Humes and Berg 101 & 151 models.

As the name suggests looks like a straight with a bowl added.  A mellow slightly muffled sound. Mainly used by Trumpet and Trombone players but some are made for French horns.   Examples include the Denis wick models DW5531, DW5505 and Humes and Berg 102 & 152 models.

Really only used by trumpet and trombone players and generally made from rubber these were developed from kitchen sink plungers (with the handle removed!) used to give ‘doo-wah’ effect.  Examples include the P&H brand -one for Trumpet/cornet and one for Trombone and bass trombone.

Once again usually only produced for trumpet and trombones this mute has a small tube in the centre that channels the air flow through the mute. Used to give an even more pronounced Wah-Wah effect.   It can also be called a Wah-Wah, Bubble or Harmon mute.   Examples include the Denis wick models DW5506, DW5507 and Humes and Berg 111 & 159 models.

Stops the sound almost completely – also used to build a strong dynamic range and available for all brass instruments. In addition to the standard practice mute Yamaha have produced a Practice mute system that can be used in conjunction with an amplifier enabling the performer to hear through headphones their playing.   Examples include the Denis wick models DW5526, DW5527 and Humes and Berg 132 & 167 models.

Mutes are made by companies including Denis Wick, Humes and Berg, Jo Ral and Peter Gane.  Personal preferences will dictate the ‘best’ mute to use as there can be differing sound colours between different makes of each type.

Mutes can be made from:

Each will have a distinct sound and tone colour – humes and Berg for instance,produce a large number of mutes with even more variety of timbre.

In addition to the mutes listed above there are 2 more that may be encountered:

Both normally only used by Trumpet and Trombone players the Bucket mute has a more muffled sound than the cup mute whilst the ‘Derby’ (looks like a Bowler Hat) is best used when attached to a stand.  The player then leans in to the mute to play as it is too big to use with one hand. 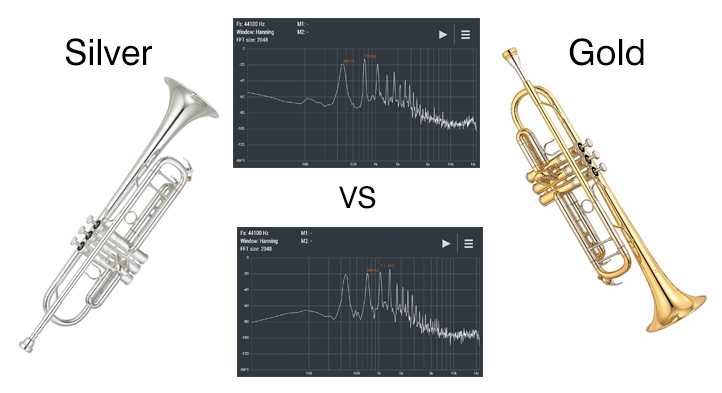