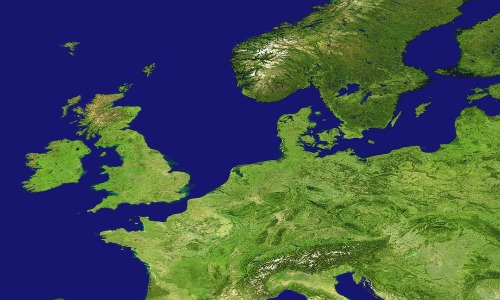 Another year, another Eurovision, another last place. Have we lost our touch? The UK sit in joint third on the list of Eurovision winners (for the time being) with 5 wins, but none since 1997.

These days our relationship with Europe is all over the news (don’t worry, we won’t be getting political here!) and yet music is one of our biggest exports worldwide. Today I’m going to look at the current state of affairs when it comes to our recent Eurovision entries (and with my usual armchair expertise, suggest areas of improvement!)

This year the UK entry “Bigger Than Us” was written by another performer at Eurovision, Sweden’s John Lundvik (John performed another of his own songs, ‘Too Late for Love” and came 5th.)

In the UK’s selection process, we held a songwriting competition and 3 songs were selected by an international jury. These 3 songs were performed by 6 different artist, with Michael Rice being selected by public vote.

Many other countries have a much longer shortlist to choose from. Sweden this year had 28 entries to pick from. Second place Italy had 24 entries. Norway’s 6th place finish was selected from over 1000 submitted songs.

In past years (especially the late 60s) we had much more support from record companies, and more mainstream coverage of the song selection process, leading consecutive top 4 finishes between 1967 and 1970 (including 2 wins!)

Let’s open the net wider in the future. Give the UK the best songs we can muster and let the public pick from those. Most selection competitions are spread over 5-6 episodes, more than enough to pick from 20-30 entries.

In some cases simple is better. Netherland’s winning performance mostly comprised of a singer, a piano and a lamp. Portugal’s delicate winning song two years ago wouldn’t have been enhanced by dancers or an elaborate set.

Other songs benefit hugely from having a visual spectacle alongside the music, from dancing with your reflection in a mirror, floating in space on a bendy pole or climbing up a giant chair, there’s more to music performance than just a singer on a stage.

The UK approach of late has been pretty uninspired. Although Eurovision is a song contest, you have to appreciate the value of the theatrical side of stage perfomance. I’d like to see our next entry accompanied by a striking visual performance, to add more impact to our song.

I really like Michael Rice, and I was impressed with his performances on BBC’s ‘All Together Now,” (Which he won.) However, he’s very young, yet to release any music professionally, and therefore a complete unknown to the vast majority of people in Europe.

Talent show winners can be a good choice, as the Dutch winner, Duncan Laurence and runner-up Mahmood both featured in their respective countries, but both have had at least 5 years since then to develop and hone their craft since then.

In the golden years of UK at Eurovision we weren’t just sending experienced performers we took global pop stars to the competition and won handily.

Our best recent entry was the performance by Andrew Lloyd Webber and future Sugababes’ Jade Ewen who came 5th.

Let’s try and get record companies on board, with the promise of boosting those European tour dates. in 2017, UK artists accounted for 22% of European music consumption. If we can get our best, current pop stars into the competition we could have a fighting chance. Who wouldn’t love to see someone like Adele or Ed Sheeran representing their country?

Key-Change into the Conclusion!

It seems that over the past couple of decades we’ve fallen out of love with Eurovision, but I know there are many of us out there who still care, and still want the UK to shine on the European stage.

Will we ever win for a 6th time? Who knows. Here’s hoping.

Sheet Music specialist. Classical singer, but also plays guitar, piano, cello and clarinet. Has an interest in music technology. Responsible for most of the social media on Ackerman Music.

New Brochure is out